The Ancient Temples in the Heart of Sai Gon

Not only is Saigon famous for being the most dynamic city in Vietnam, it is home to many temples remaining ancient architecture, quiet space and the precious documents.

Followings are the ancient temples that tourists visiting Saigon should take time to visit and burn incense.

Giac Lam Pagoda, which is now considered the oldest temple in Saigon, was built by layman Ly Thuy Long in 1744. Over hundreds of years, the temple has had many different names such as: Cam Son Temple, Son Can or Cam Dem. Today, Giac Lam Pagoda is located on Lac Long Quan Street, Tan Binh District.

This temple also keeps many documents about history, culture, art, architecture, religious sculpture. Tourists coming here, in addition to visiting the temple, can learn about the information related to Buddhist culture.

Entering the temple courtyard, you will be like entering a different world where there are only the peace and quiet. The worries of life will be eased and replaced by the feeling of serenity in the soul.

Situated on Nam Ky Khoi Nghia Street, Vinh Nghiem Pagoda is always of crowded people coming to burn incense and worship. It was built in 1964 and is one of the temples with the most spacious facilities in Saigon.

The architecture of the temple is built based on designs from another temple of the same name in the province of Bac Giang. It is said that the temple in Bac Giang, where was the center to spread Buddhism of Truc Lam Zen, was built in King Ly Thai To Reign.

Visiting the temple, you will see the meticulously built tower, including: Tower of Avalokitesvara, Tower of Relic and Vinh Nghiem Stone Tower. Each tower carries a meaning and value of its own, but the general rules are to focus on the petal, and to bring peace to the people.

In particular, in the side of the main hall, there is a bell which is made of bronze. Every one coming to the temple take the stick and beat on the bell several times before leaving. The sound of the bell like awakens the pure mind, dispels ignorance in the soul of people. Therefore, the temple always echoes with pure bell ring.

Located on Nguyen Trai Street, District 5, Thien Hau Temple is one of the temples which have an important influence on the lives and culture of the Chinese people living in Saigon since immemorial time. The pagoda was recognized as a national architectural relic in 1993.

Over the years, Pho Mieu has been renovated several times, however, it still retains the inherent architectural features creating the own identity to the temple. Pagoda’s roof is decorated by delicate leaf pattern and Human ceramic manufactured in 1908. The noticeable thing making the specialty for the ancient temple is that, the temple was built completely from materials brought from China, from bricks to the tiles.

With the artistic value of architecture and ancient artifacts preserved, Thien Hau Temple brings interference cultural identities of Chinese and Vietnamese during the time of cohabitation. Currently, the temple still welcomes quite crowded  people and foreign tourists to visit.

Tomb of the Marshal in Ba Chieu

With an area of 18,500 square meters, the Tomb is located next to Ba Chieu market, so people here often call it Tomb of the Marshal in Ba Chieu. This is where Ta Quan Le Van Duyet is worshipped. In 1989, the entire mausoleum is recognized as a National  Cultural and Historical heritage by the Ministry of Culture.

The courtyard campus in front of tomb is spacious and airy with a couple of big old trees making the ancient look. You will be impressed by the doors which are made of wood, painted a deep red. Every morning and evening when the sun shines and incense are burnt, the space here becomes like in a fairy land. 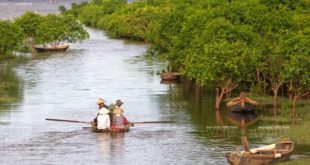 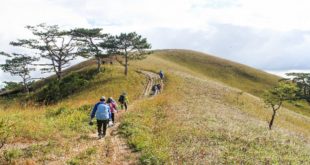 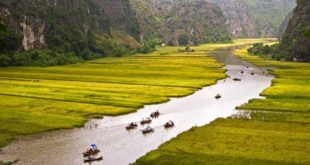 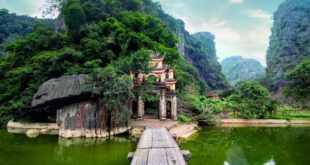